Do you celebrate New Year's Eve? I find it to be pretty magical. It's been a family tradition to gather blankets, pillows, and stuffed animals and then get settled in on the living room floor. We love to eat snacks, watch movies and the New Year's Eve countdown in NYC. It's always fun to throw in our own party favors and celebratory magic like these DIY confetti poppers that are decorated with fingerprints. 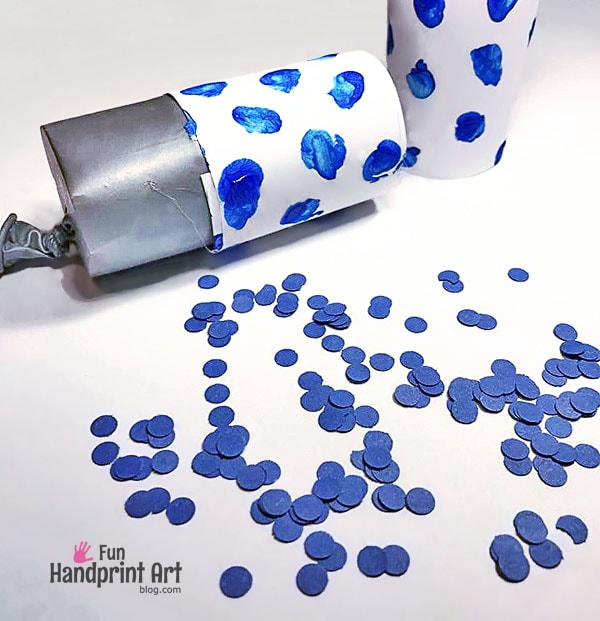 This craft is incredibly simple. There are  a few steps but nothing is difficult or that time consuming and it doesn't require too many supplies either. All this and it makes a fabulous way to help celebrate the turning of a new year. 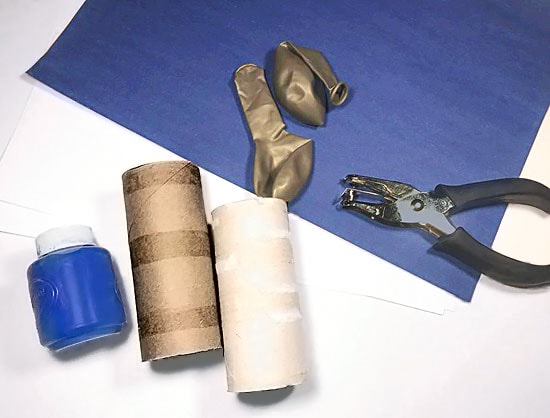 We started out this adorable popper by fingerprint painting on a piece of white paper. We chose blue paint because I thought blue and silver were pretty customary New Years Eve colors, although I don't know if that's actually set in stone like Christmas colors.

My daughter dipped her finger straight into the container of paint and created fingerprint dots. The spacing was completely random, whatever she felt like doing. The only thing I told her is I wanted the space filled with lots of dots.

While the paint was drying we cut the tip of a balloon off and tied the other end. You'll want to stretch the cut part out and slip it over one end of a toilet paper roll. We added just a dab of blue between the balloon and the toilet paper roll. I am not sure this step is necessary because it is on there pretty tight, but I just wanted to make sure. 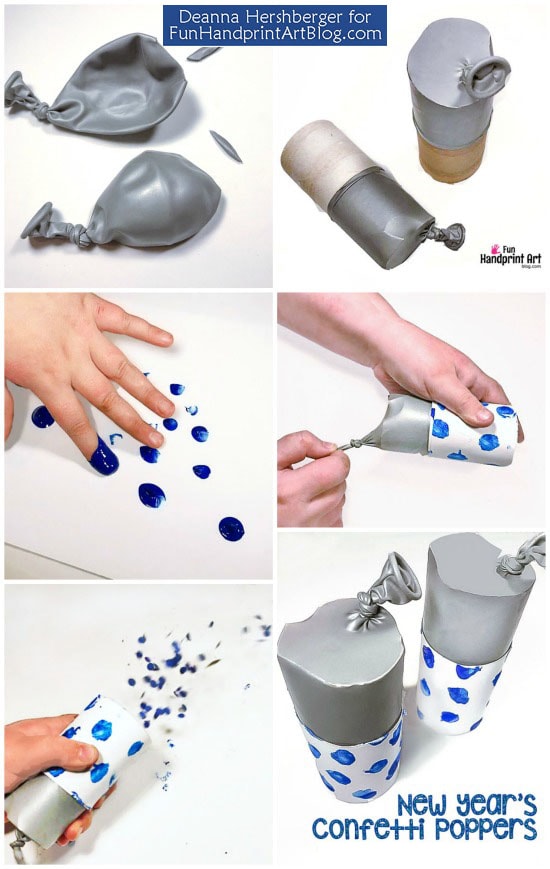 The paint was still drying so we used the hole punch to punch out a blue piece of construction paper. This is our version of confetti. However you want to make/buy your confetti is perfectly fine, though.

Next we cut a strip of the fingerprint dotted paper to fit the blank part of the tp roll. At first I was going to cover the whole roll, including the balloon, but decided I liked the two tone. The design is up to you, though.

When the strip was cut to fit, we glued it in place.

The next step is to put the confetti inside the popper. We added a few shakes of glitter to add some shine and sparkle.

If you are making the poppers ahead of time you could store the confetti and glitter in a bag and save until you are ready.

How to use the Homemade Party Poppers 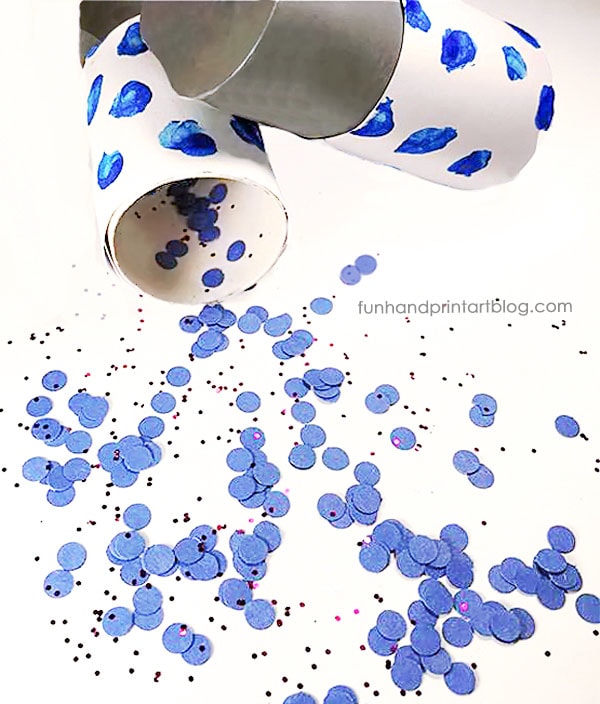 Although these confetti popper are fabulous for a New Years Eve party, they also are great for weddings, birthday parties, or to celebrate even a small win. They are so easy to make and super fun to use. The best part, though, is that they can be used over and over. Just refill with confetti and let it off again. Repeat as many times as you'd like.

Deanna is a stay at home wife & mom who can't wake up without coffee. She spends her days playing and making with her daughter. Together they enjoy all things crafting, baking, and learning through play. In her 'spare time', she likes to binge watch Netflix or catch up with friends. She shares all this and more on her blog Play Dough & Popsicles.