This past July our beautiful mountains had a huge forest fire that destroyed almost 28,000 acres and also put quite a few endangered species at risk. It happened in the Spring Mountains or what Las Vegas locals and tourists know as Mt Charleston. Named the Carpenter 1 fire, it was caused by lightning and about 500 mountain residents had to evacuate their homes and about 1300 fire personnel worked to contain it. I thought this would be the perfect opportunity to explain to my 5 year old about forest fires and the importance of thanking people who risk their lives and work hard to keep us safe and protect our surroundings/environment. 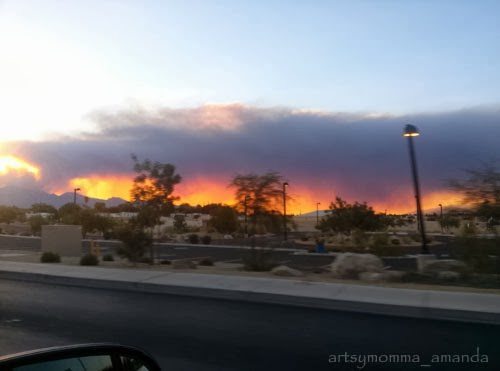 My son made a Handprint Fire which he then drew a circle around and crossed out. I helped my daughter make a Handprint Fire and Footprint Firetruck. The firetruck was inspired by Sweet & Lovely Crafts who always has amazing handprint crafts. Head on over to check out the one she made as we put our own spin on ours but hers is so much better..... Lol! The kids also decorated their artwork with firefighter themed stickers and wrote "Thank You" on them. 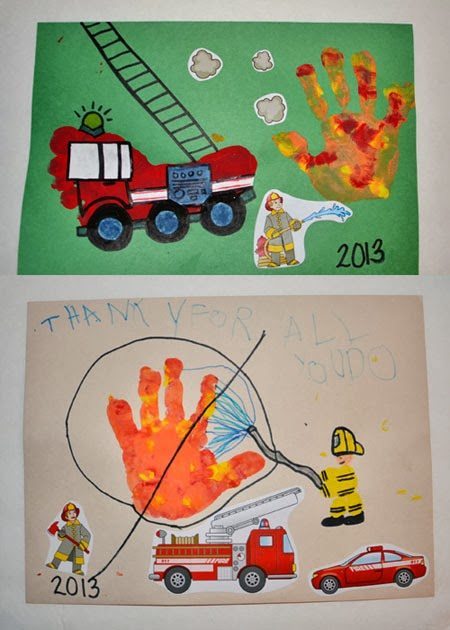 To make the handprint fire, paint the hand using red, yellow, and orange. We placed dabs of the 3 colors in random spots on the hand. Alternatively, check out this handprint campfire we made a few years ago where it is made with a row of each color. 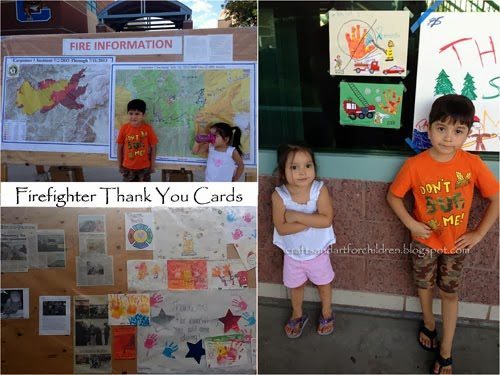 We went to the high school where all the fire personnel were staying to take their Thank You card in person. A Forest Ranger (?) took us to the spot where all the other kids drawings were hung. He also took the time to show us on the map just how big the fire was and how much was already contained - an unexpected and much appreciated little learning experience for my son. We also got the chance to see a quite a few of the fire personnel and I explained to my little guy that they were the ones working hard to put the fire out, protect the animal's homes, and keep it from burning down people's homes. 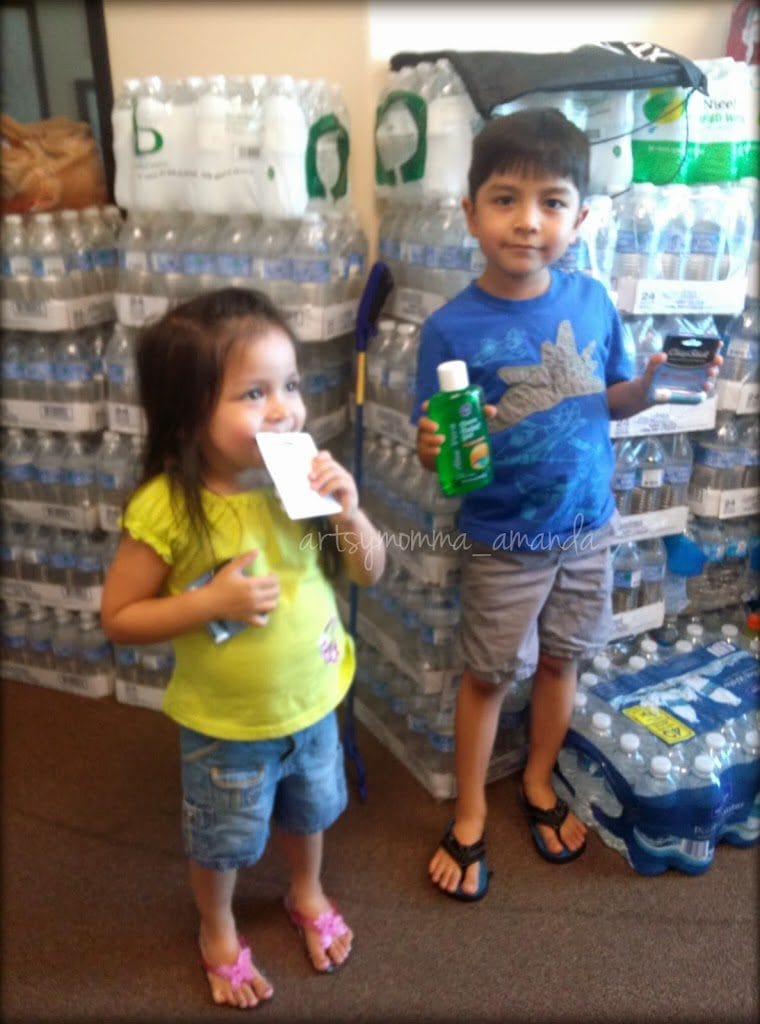 Since our community's response for donations was so overwhelming, they stopped taking donations. Instead, I took the kids to Las Vegas SAR  to donate for the BAER program. I explained to my little guy that the grass, tress, and plant life would eventually grow back and that the animals would find a new area to stay in.

Friend's photos from their back yard

Toddler Made Father's Day Card with Cute...
From the Bottom of my Heart to the Tips ...
My Hand-some Daddy/Papa {Father's Day Ca...
Simple Hugging Hands Card - National Hug...
« Halloween Handprint & Footprint Crafts for Kids
How to make a Handprint Spider on a String Craft »