I am in love with how this Footprint Penguin Canvas Keepsake turned out! 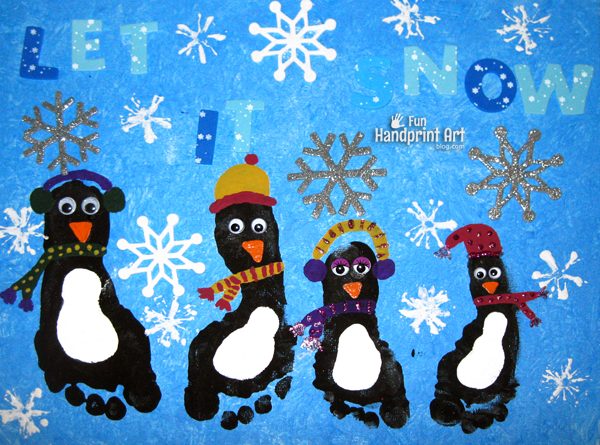 My son has a black, white, & red penguin-themed bedroom and this is proudly displayed on the wall in there. The other week, he took the footprint penguin plate keepsake I made when he was 2 yrs old off of the shelf it was on and broke it by accident. It was one of my favorite crafts ever that I made with him & I would be lying if I said I wasn't sad when it broke. Now I have a super cute replacement! 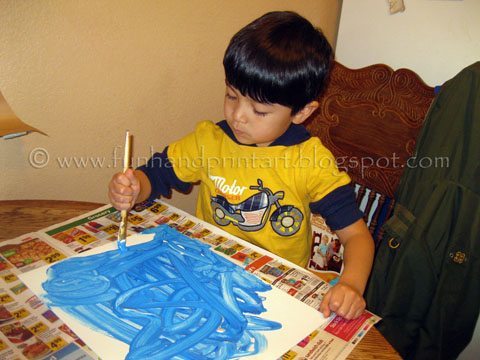 1. We used a canvas for ours (purchased from Michael's with a 40-50% off coupon), but you could just use regular paper. My 4 yr old painted the canvas blue. 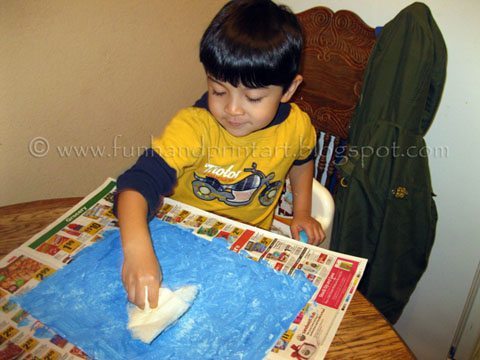 2. I gave him a paper towel & he blotted the painted canvas. This was to give it a fun texture & get rid of the brush strokes. 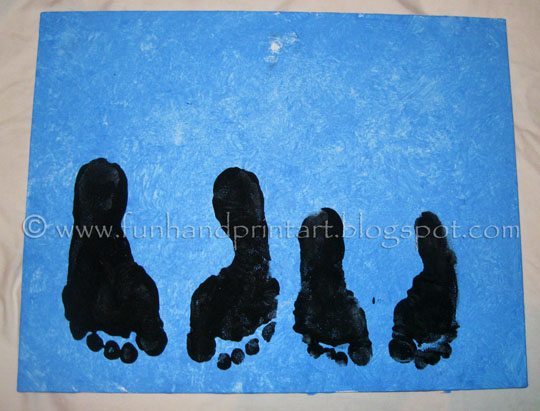 3. I made black footprints with his feet and his 12 month old sister. 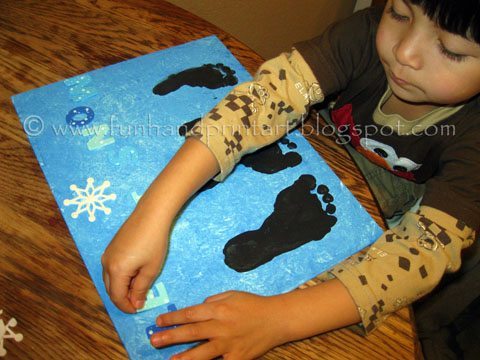 4. Using foam stickers that I already had on hand, I laid out the phrase "Let it snow" for him to stick on along with sparkly snowflake stickers.

5. Using our homemade snowflake stamp from the other day, he stamped on white snowflakes. 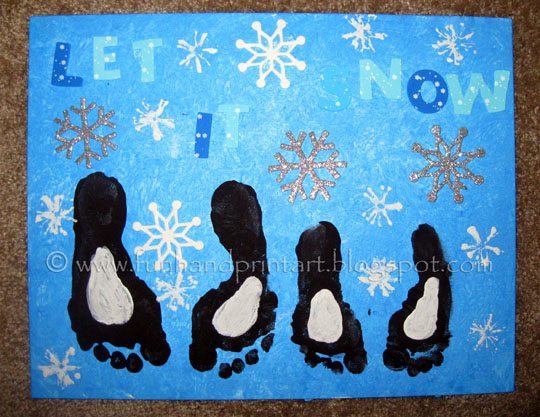 6. I painted white tummies on each penguin.

7. Glue on googly eyes or paint on eyes. 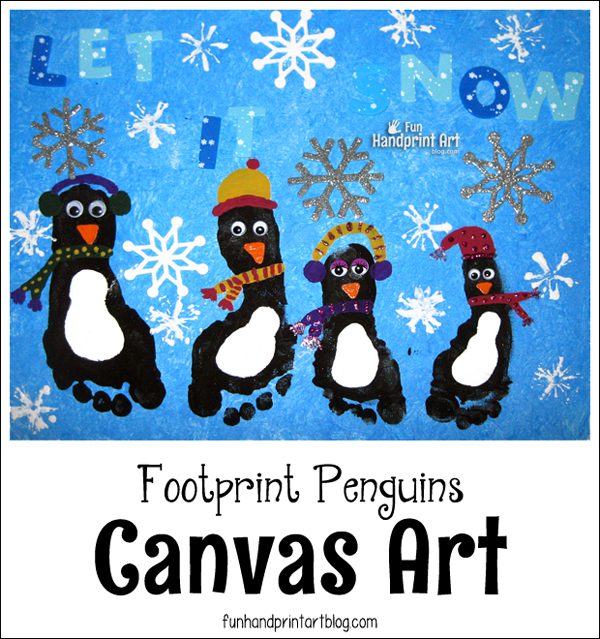