Every year we make a footprint ghost craft for Halloween. It's a tradition we started just before my son turned one.  This year, we made them spookier and have them glow. Get the tutorial for making the Glow-in-the-dark ghost footprints below. 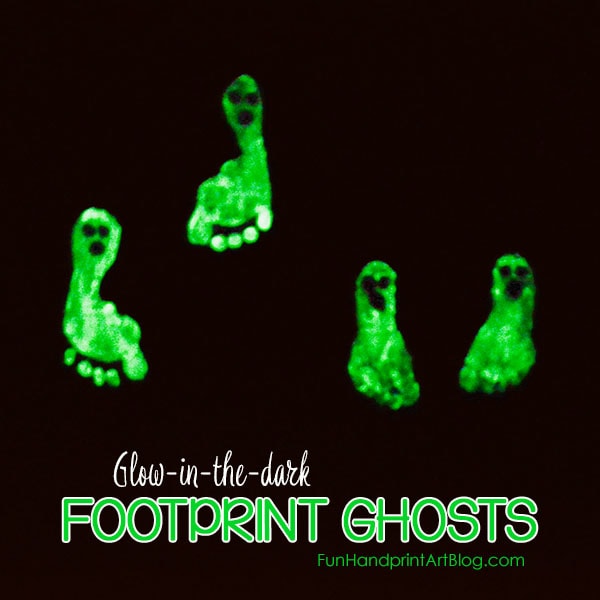 How to make the Glow-in-the-Dark Ghost Footprints:

*As an Amazon associate I earn from qualifying purchases. 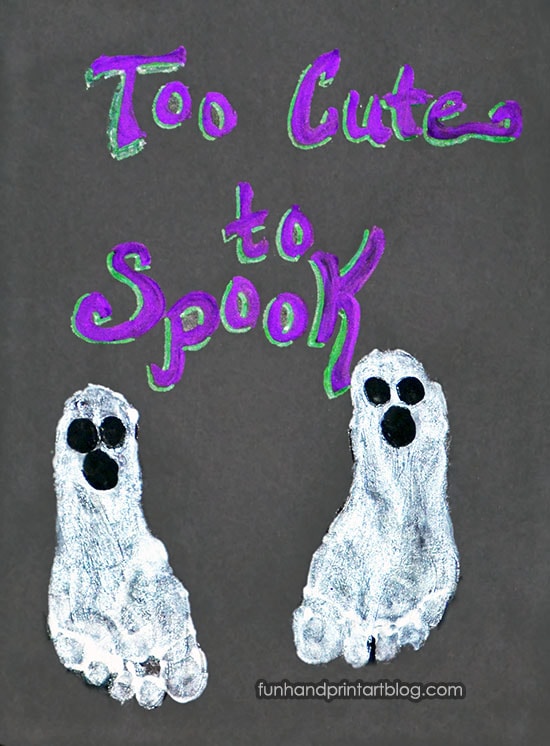 We already had glow-in-the-dark fabric paint on hand so I just used that. Otherwise you can usually find non-fabric, glow-in-the-dark paints in the regular craft paint section. Since our paint was clear and I wanted it to show up in the dark and in the daylight, we made white footprints with white tempera paint first.

My son chose the fun Halloween phrase, "Trick-or-treat, smell my feet" to have painted onto his craft (such a boy... lol!).  On Baby Sister's boo'tiful keepsake, I wrote the cute Halloween saying, "Too cute to Spook." 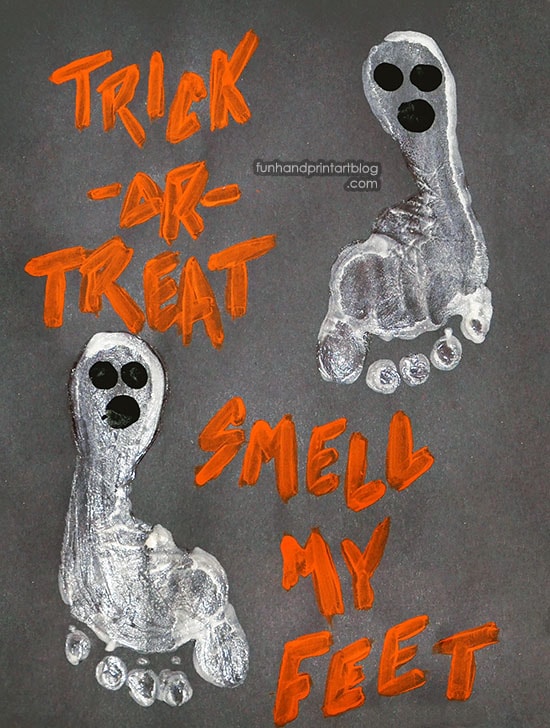 After the footprints dried completely (important or it will smear!), I used the glow-in-the-dark paint to go over them. Let them dry again. 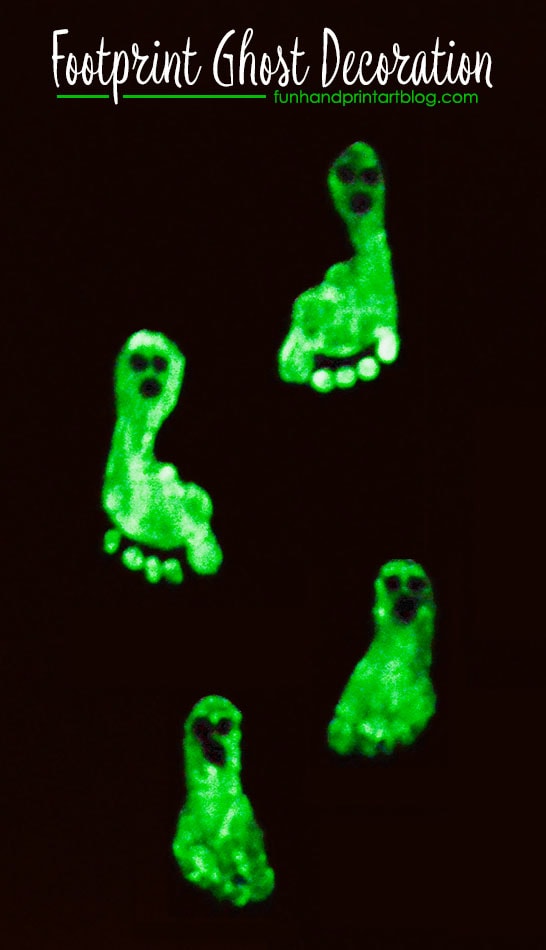 The best part? The glow paint is charged by the light, so no black light is needed. If you want it to show up really bright in the dark, place a light directly over the ghost craft to charge it.

Check out our Skeleton Handprints Craft that also glows to go along with these glow-in-the-dark ghost footprints!